Join tens of thousands of slack-jawed spectators, as herds of wild ponies make their annual swim across the Assateague Channel to Veteran's Memorial Park on Chincoteague Island. For over 90 years, locals have held this festive event to raise money for the volunteer fire department. These days, however, it's become a nationally-prominent affair, which draws between 40 to 50 thousand annual visitors. See beautiful wild ponies splash through a slack tide on their way to a parade around the carnival grounds. Stick around for the yearly horse auction and enjoy plenty of great food, beverages and family fun at this famous and festive Chincoteague event. 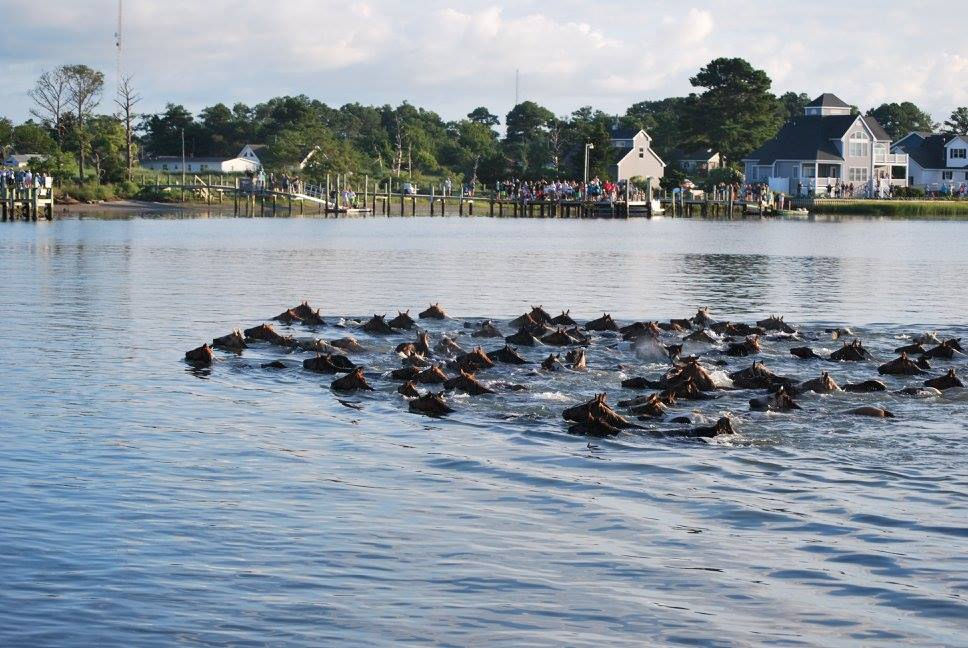 What is the history on these ponies?

Inhabiting Assateague Island for centuries, the island's wild ponies are believed to have descended from the survivors of shipwrecked Spanish galleons. During early European colonization, it was quite common for ships to transport ponies across the ocean. While many ships arrived successfully, some did not. Although it's not known for certain, strong evidence suggests the island's modern wild ponies are in fact the descendants of shipwrecked colonial horses.

What is the history on the event?

Since 1925, locals have held this traditional event to raise money for the Chincoteague Volunteer Fire Department. That said, its roots actually date back all the way to the 17th century, when pony penning became a festive tradition, complete with eating, drinking and community revelry. These days, the event features a pony auction and swim, which draws an astounding 40,000 to 50,000 spectators every year.

Where can I find more information?